If you’re looking to produce music electronically you’re going to need a software program to construct your compositions, record audio and hook up any devices or instruments you want to work with. There are several different brands and types of software out there for making music. Maybe you want something good for drums, synths, individual mastering or, if you’re like us – an all in one package that lets you do everything in one place!

In this article, we’re going to look at 10 of the best DAWs which are ideal for music making and production. We’ve put together our favorites based on efficiency, affordability, functionality, and a few other points which are key to being able to create high-quality tracks and compositions.

What is a DAW?

DAW is short for Digital Audio Workstation. It’s a computer program that is specifically designed for composing, recording, editing, mixing and mastering. Most professional electronic producers use a DAW to work with these days, as there’s so much flexibility and options to get creative. Plus, you don’t have to spend a fortune on individual gear.

Review made by Consordini team

How Should You Choose?

Choosing a decent DAW doesn’t have to be a complicated affair, but here’s some things you’ll need to think about in advance:

Operating System: Not all DAWs work with all computers. Decide whether you want something specifically for PC or Mac, or something that’s compatible with both.

Budget: There’s some great DAWs out there which are completely free. The only problem is, they are limited to what you can do with them after a while. Obviously the more you’re willing to spend, the better features you’ll get and more proficient it will be.

Experience: There’s no point in spending 100s of dollars on something like Pro Tools if you don’t even know what 2 thirds of it does. Start small, build confidence and knowledge, then you can safely make the transition to something more complex.

Finally, if you’re going to be doing a lot of live performances, you’ll probably want something which allows you to easily integrate things like DJ controllers, synthesizers, mics and live plugins or VSTs.

Ableton Live is a long-standing favorite in the production marketplace and is an ideal DAW for both Mac and PC users. It lets you do everything from multi-track audio recording, sequencing, time stretching and is essentially the only thing you’ll ever need to create, mix and master music. It comes with tons of built-in presets, instruments and samples to play with, and you can even conduct all your own live studio performances within the suite (hence the name “live”).

The long-awaited version 10 was released back in Feb. It now has an improved arrangement view, new synth and echo wavetables and built-in drum and bass pedal effect. The most notable upgrades however, are in the MIDI editing, automation and zooming capabilities. Users will also discover Nested Groups, a Push 2 function and improved tweaks to the power for optimal workflow.

FL Studio aka Fruity Loops was once a free DAW, but as it gained popularity and developed more useful and exciting features, it’s now a paid program. Luckily, it’s well worth the investment and the latest version homes everything you need to compose, edit, record, mix and master tracks. It also allows you to hook up a guitar, a microphone and even a full-blown orchestra!

What we like most about FL is the fact you can arrange unlimited audio channels, and perform everything from beat slicing, cropping, pitch shifting, time stretching and a myriad of other exciting capabilities with a few clicks of your mouse. Another great feature is the fact it configures to all the inputs on your interface and comes with Lifetime Free Updates.

Musicians and producers have been using Cubase for years, albeit it’s come a long way since the early versions and it now comes with a lot more functions than before. The mixing console has a refreshed look and feel, and some of the biggest perks for us are the chord track mapping and chord assistance included.

In addition, Cubase is considered one of the DAWs to have the largest library of sounds: inclusive of synths, 30 unique drum kits, construction kits, LoopMash FX and a haven of plugins to toy with. Then there are the built-in presets and unlimited audio tracks. Though the functions with this one are fantastic, we would say it’s probably not the best if you’re starting out and don’t want to be too overwhelmed by all the different features available.

Logic was created especially for Mac users. Even though it’s jam-packed full of different features and gives you a wide scope of production possibilities – beginners might find it takes a while to get used to the platform. Even professionals are constantly figuring out new tricks with this software, and it’s one you’ll get many years of use out of.

You’ll find instrument layering, analogue and synthetic drum kits to play with, arpeggiator, synths plugins, built-in presets, plug-in control mixer plus intuitive “score editor” which allows you to create your own MIDI sounds, and manipulate them with scale, velocity editing, etc. It might take you a few months to even grasp the basics, but once there – you’re going to have hours of fun with this software.

Propellerhead’s Reason series is another popular choice among audiophiles and producers. It features a top-of-the-class mixing console designed to give the user more maneuverability when it comes to writing and creating tracks. With the addition of its built-in sequencer, you can build your projects from the ground up using a wide variety of tools like synths, drum machines, samplers, loop players and more.

You’ll also have the means to record any MIDI keyboard, device or live instruments such as guitars, vocals, or an entire band if you want to. The great thing is that the software already comes with multiple instruments and effects you can use to layer your tracks, so there isn’t even a need to use outboard gear. Whether you’re just starting out or looking for something with more advanced features – Reason will easily meet your musical demands.

PreSonus are one of the best brands when it comes to audio gear, but their Studio One software is one that continues to leave a mark on producers due to the user-friendly interface. Unlike some DAWs which take a long time to get your head around – each version of the Studio One series is easy to use and provides all the essentials you would ever need to create industry-standard tracks and compositions.

The simple navigation and drag-and-drop functionality makes it ideal for beginners, and you can play around with everything from MIDI, VSTs and FX channels with some great reverb capabilities. It also comes with some useful mastering tools to make your workflow smoother and give your projects definition. Good for both Mac & PC users.

Studio professionals and sound engineers have been praising Pro Tools to the high heavens for years. It’s expensive but once you have it, it’s highly unlikely you’ll want to switch to any other DAW once you become fully accustomed to how it works. Many just use it for its mixing and mastering features, however, it has 100s of different uses when it comes to post-production ideas and constructing beats from scratch.

It’s got everything you could ever need for composing, recording, editing plus more. And includes its own built-in metering, time-stretching, elastic pitch bending, EQs, compressors, autotune, more than 70 different plug-ins, channel stripping and practically anything else you can think of. It also gives you an ultra fast processor, 64-bit memory capacity and latency buffer input to eliminate delays.

Another popular option ideal for those just getting into music production is Apple’s Garageband. Not only is it simple and easy-to-use, it’s also incredibly affordable compared to most DAWs, but it doesn’t lack quality by any means. The  interface helps you to understand the basic principles of music theory, while presenting you with a collection of different presets to play around with and put your new found knowledge where it matters.

Garageband maps out the different chord progressions, and lets you record guitars, synths, MIDI-powered devices and microphones. You’ll also find a huge bank of built-in sounds to choose from, where you can add interesting effects and simply drop them into the active channels. Oh, and did we mention that this is one of the rare DAWs that doesn’t have a price tag? If that’s not a good enough reason to grab it, we don’t know what is!

Since Logic and Ableton cemented themselves into the top list of music making software, there isn’t a high demand for Reaper like there used to be. However, it’s still one of the best DAWs for us in terms of flexibility and what it comes with. You’ll find all the basics needed to create solid audio tracks, complete with MIDI mapping functions that allow you to split, edit, cut and paste individual tracks and samples effortlessly.

It works with most audio interfaces, plus external VSTS and plug-ins. It’s probably worth mentioning that it comes with a 60-day trial period when you first download it, and this is something worth making use of if you’re not sure whether you want to commit to the full package yet. Although, we’re pretty sure once you’ve explored it in all its glory, this will be a no-brainer.

When it comes to making music, it’s simply not worth going for cracked copies of these software applications if you want to make high quality beats. You don’t need to splash out thousands on a good DAW to achieve that these days, and there are older and cheaper versions of them available to keep costs to a minimum anyway. But, the more you’re willing to spend, the more options and years you can expect to get out of your DAW.

Know any others worth a mention? Tell us in the comments! 🙂 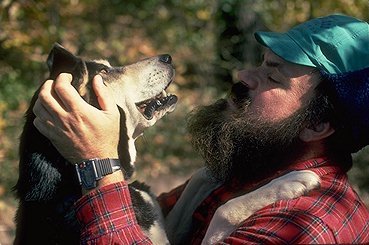 Ed was bred in the middle-class pits of Scottsdale, Arizona and now resides in Missouri with his dog Jabba. Ed has 6 years blogging experience and enjoys practicing yoga while listening to nu age black Viking metal in his free time.
PrevPreviousRecordings Tips for Better Vocals
NextHow To Beat Match And Why You Should Learn ItNext