Lost as to what differentiates a MIDI controller from a digital keyboard synth? This simple breakdown should help you get to grips with the basics!

When entering the wonderful yet complex world of music production, it’s easy to get a little overwhelmed at all the different audio gear available. Before investing in any new equipment or hardware, it is best to understand how it works and the benefits it can bring to your setup first. One of the common questions we receive from aspiring producers is: what is the difference between a MIDI controller and a synthesizer? Well, obviously both are classed as a musical instrument, however, there are some big differences between the two which we will explain in more detail below. 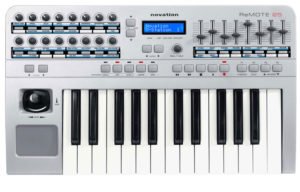 A MIDI controller is a piece of hardware which is commonly used by musicians in composing electronic music and sound design. It looks practically the same as a standard digital keyboard, only it usually features a range of controls such as knobs, buttons, sliders, pads and other effects which can be assigned to different parameters within your Digital Audio Workstation (DAW).

Unlike a traditional keyboard, MIDI controllers are not capable of producing their own sound. Instead, they work with an interface; generating and transmitting MIDI data to other MIDI compatible devices. This data can include anything from how hard a note was pressed on the keyboard, to the duration of that note, and its pitch.

Most MIDI controllers are used in conjunction with other MIDI-enabled devices, including guitar pedals, mixing desks, stage lights, and other external effects units. However, the most common use for a MIDI controller is the keyboard. In today’s modern age, MIDI controllers can feature anything from 25 keys to a standard piano’s 88 keys. Due to the high demand of mobile producers and performers who like to mix and compose music on the go – manufacturers began to make MIDI controllers more portable, compact and easier to set up. 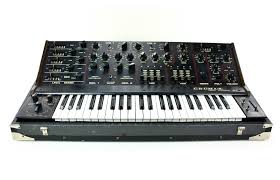 Unlike a MIDI controller, synthesizers are able to produce their own unique sounds and do not rely on an external interface or software in order to create music. Synthesizers are the closest replica to a full-sized piano. They usually include their own internal speakers and are much larger than MIDI keyboards, with less performance features.

Although synths create their own sound, they are not able to create anything new than the ones they already have programmed. This is why many new age producers and musicians tend to choose MIDI controllers over synthesizers these days. They also tend to be cheaper than keyboard synthesizers, despite the much wider scope of features you have with controllers.

MIDI controllers also feature adjustable controls such as velocity sensitivity and weight action of the keys. As we mentioned about the data transmitted by MIDI earlier, this data can also dictate how hard a note is pressed, how loud it is and how long it lasts for. This is why you’ll often discover controllers come with different keyboard actions; weighted hammer action, semi-weighted action and synth action. Some high-end also come with an “after touch” feature, which is the equivalent of using pitch and modulation wheels when pressing a key.

A lot of synthesizers still come with envelope controls, allowing you to adjust the attack, release, decay, sustain, and even use oscillators or LFO for altering various parameters of a note. Many synths also come with built-in effects like reverb, chorus, filters and others.

That’s the basic difference between MIDI controllers and synthesizers. In a nutshell, synths create sound, whereas controllers manipulate sound and act as a remote for sound – since they do not produce anything of their own.

Saying that, a synthesizer with MIDI capabilities can also be used as a controller if the user is able to send the MIDI signal to their computer. These are called hardware synthesizers. So you essentially get the best of both worlds with these units, though they do tend be a bit more expensive.

There are quite a few other styles of keyboards and synths used in music production. All of them pack a variety of different features with capabilities that can truly enhance your sound.

But… that’s a long-ass topic we’ll go into another time! 😉

If after reading this article you realize a keyboard synth sounds like the most suitable addition to your set up – here’s 5 Digital Synthesizers from our own personal recommendation. And of course, if a MIDI controller sounds more up your street – check out our Top 10 best MIDI Controllers of 2021 to help you compare and decide.

If you’re still a bit confused about MIDI and want to know more, here’s some commonly asked questions!

MIDI (Musical Instrument Digital Interface), is one of the world’s biggest digital breakthroughs when it comes to production and composing music. However, it is essentially just data which is transmitted through various hardware components and software to generate sounds. It reads the information of notes and other symbols on a keyboard, then carries it back to other MIDI-enabled devices and instruments. This then allows the user to fully adjust these sounds and control them within their DAW to use as completely unique elements in their tracks.

Where does MIDI come from?

In both the U.S. and Japan in the early 1980s, audio gear companies like Yamaha, Korg and Roland wanted to make it so their instruments could talk to one another. They soon came up with a new kind of electronic circuitry which enabled their equipment to synchronize with other instruments from different manufacturers.

The first prototypes were released a few years later, and many recognized the radical success and benefits these units could bring, particularly where saving space was concerned. By the end of the 90s, the industry was transformed even more with the introduction of MIDI sequencers, drum machines, and the first MIDI-supported computers. Soon the MIDI revolution was born, and now MIDI is used in everything from home recording, preproduction performances, and in musical education as a whole.

What’s the difference between a MIDI Controller vs a virtual instrument?

A virtual instrument (also known as a VST plug-in), is a piece of software which emulates the sound of a variety of orchestral instruments, as well as classic analogue synthesizers, samplers, compressors and effects units. These can then be loaded into your DAW and used to build elements in your tracks. In contrast to MIDI controllers, virtual instruments do not run on hardware and are purely digital-based.

How is MIDI converted into audio?

This is where MIDI and virtual instruments make the perfect partnership. You can convert MIDI to audio, but it can only be done by routing a MIDI signal to an audio track in your DAW. This triggers the output of the sound module i.e. a VST or keyboard, and then allows the audio to playback through your audio interface so you can hear it through your monitors. From this point, you can record the audio just like you would any other instrument or sound, and save it as an independent audio file. Many musicians and producers convert MIDI to audio files so they can collaborate on tracks with others who might use different software or equipment.

Why should I use MIDI?

MIDI really does open up a lot of doors when it comes to music production, and allows you to take your musical ideas and concepts to new heights. From setting up mics, recording audio, remixing, editing, to general composition – MIDI takes away the need to go out and spend thousands of dollars on individual pieces of gear. You could program it to work with a virtual instrument or VST, then simulate an entire one-man band if you really wanted to!

The other reason why MIDI is such a powerful asset for producers these days, is the fact that if you’ve recorded a sequence or loop for a tune and messed something up – you can simply drop it into your DAW and fix it instantly. This doesn’t just eliminate the need to start all over again, but also means you can improve the sound further; adding stuff to it which simply wouldn’t be possible through a conventional keyboard or live instrument.

Got any more questions for us about MIDI? Fire them over to [email protected] and we’ll be more than happy to enlighten you! 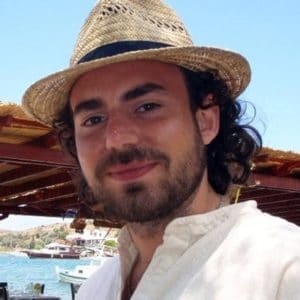 Jack Dunwell is your average studio slob with over 20 years in the music industry. If he’s not too busy trying to combat his underlying donut addiction, he’s either writing about production gear or his hatred for line cutters at Six Flags.